Cuisine of the Sun: Cuban Cuisine and Restaurants in Greater Miami

By Vicki and Joe Garrigo

Americans of Cuban origin or ancestry are less than 1 percent (0.57 percent) of the U.S. population.  They have adapted admirably to the United States and their success has allowed them to establish a kind of “parallel mainstream” where their large middle class can sustain part of their culture, preserving, among other things, “la cocina cubana” or Cuban cuisine.

We are often asked for recommendations about Cuban restaurants in Miami.  Not an easy task for various reasons.  First, and most important, the best Cuban meals are cooked at Cuban-American homes.  Secondly, the many places where locals enjoy authentic Cuban cuisine are small, family-owned restaurants with settings and somewhat rustic decor that often do not appeal to out-of-town folks, though the genuine fun with the experience make up for the lack of polish.  That said, you will find a number of Cuban restaurants in every neighborhood in Miami, not expensive or fancy, but locals patronize them and the food is authentic.  The portions are usually generous.  The wine lists are modest and mostly include wines from California, Spain, Chile and Argentina.  Alternatively, there are other more “sophisticated” restaurants that we recommend to our visitors where menus are usually bilingual and the servers speak English.  Visiting them is a culinary journey into the multicultural influences that have shaped Cuban food for centuries. 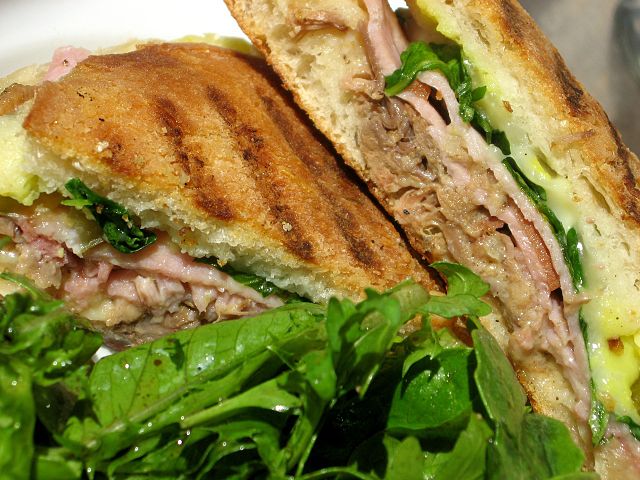 Bear in mind that Cuban cuisine is rich in flavorful spices and condiments but it is not “hot” and, contrary to what some expect, the food is markedly different from that of Spain, Mexico or other Spanish speaking countries.  Cuban cuisine is at once exotic and accessible.  It is influenced by three continents and marked with a style born of unpretentious people rather than sophisticated.  Spanish, Caribbean and some African ingredients are part of the mix that creates a uniquely Cuban flavor which is warm, welcoming and winning. It is a culinary repertoire whose wealth of flavors, textures and aromas reflect the traditions and cultures in the Cuban ancestry.  New cooking currents are now helping to bring the ingredients inherited from our ancestors to a new level.  The group known as the “Mango Gang” includes Cuban and American chefs who have been fusing past with present.  They have created a “new” Cuban cuisine with Miami flavors.

The majority of Cuban restaurants, and in our opinion the best, is in the Miami mainland and we list some of our favorites.  You will enjoy a family style ambiance and listen to the lively Spanish chatter of the patrons making for a truly Miami experience.  That is the best way to savor “la cocina cubana.”  A good plate of food, the kind our mothers or grandmothers would cook.  Simple, good food and not expensive.

A few restaurants suggest calling for reservations and others may close a specific day of the week.  We recommend that you call before going to make sure they are open that day.  Bear in mind that our preferences may change from time to time, especially when they have new chefs or owners.  In recent years, Miami has become a playground for foodies.  Many tourists are discovering Miami through the rich variety of world cuisine that abounds here.  Food is one of the ways to bring people together.  It makes people happy and one learns about different cultures.  Try “la Cocina del Sol” at a Cuban restaurant.  “Simplemente deliciosa.” 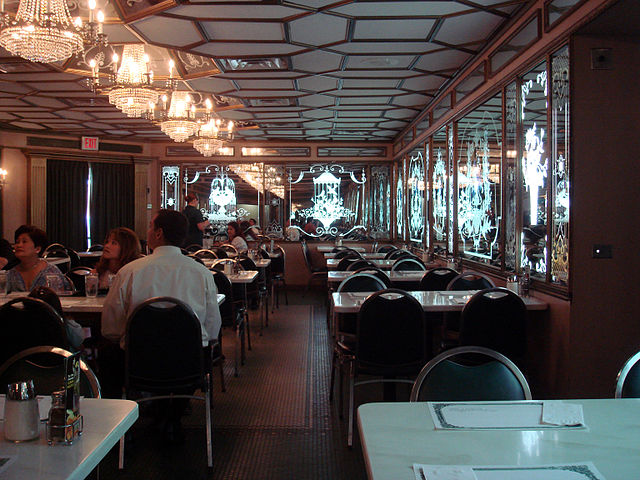 The following restaurants are in Miami Beach.

Some of these restaurants also have regular American entrées in their menus but, if you go there, try the Cuban courses.  Below we list some of the most typical Cuban culinary delights which you may want to try. 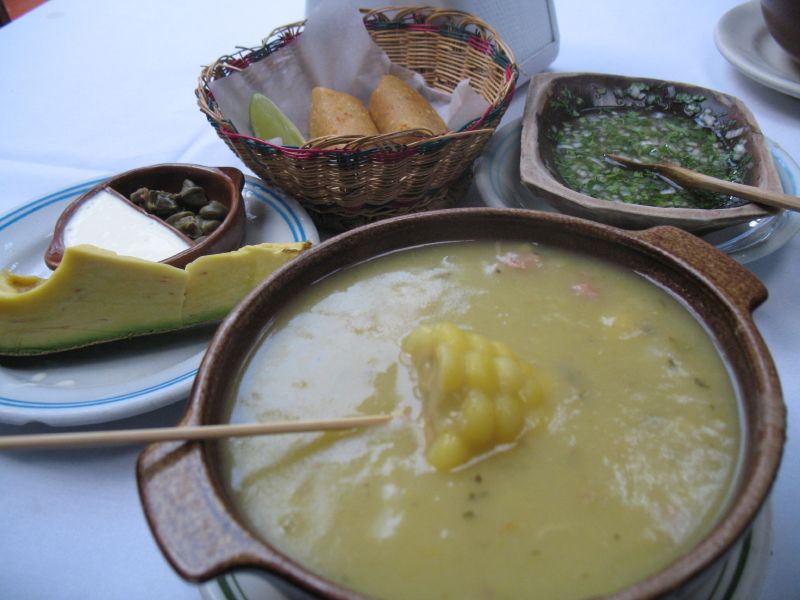 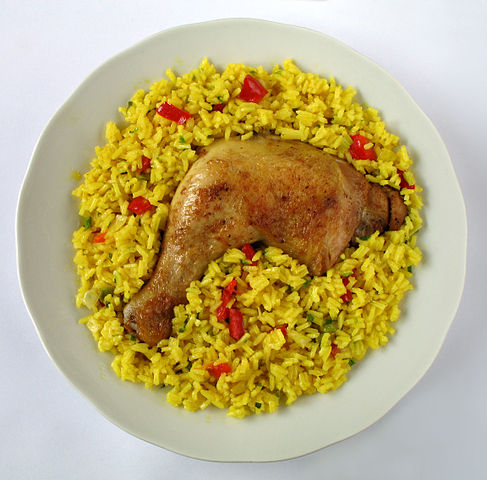 In Cuban homes and restaurants, rice is usually served as an accompaniment although there are exceptions, as indicated below.  Depending on the dish and the preparer, it could be desgranado (dry), or caldoso (soupy) and, in some instances, al horno (oven-baked). 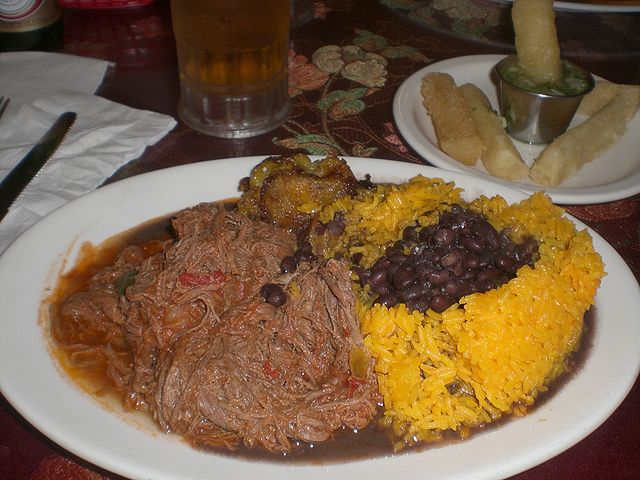 “Mojo” deserves a special mention.  It’s the typical Cuban “adobo” (marinade) sauce with battling flavors, most simply obtained with garlic cloves, onions, naranja agria (sour orange), oregano, a touch of olive oil and sometimes a slight touch of chopped culantro (the Cuban or tropical cilantro).  It should be used sparingly, up front with the other flavors, without ever being overpowering. 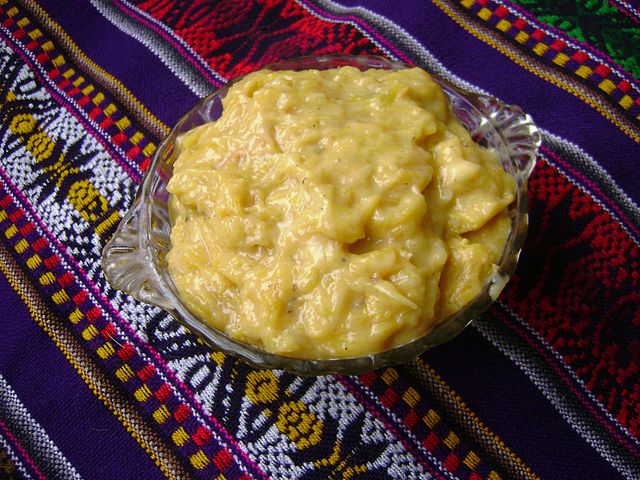 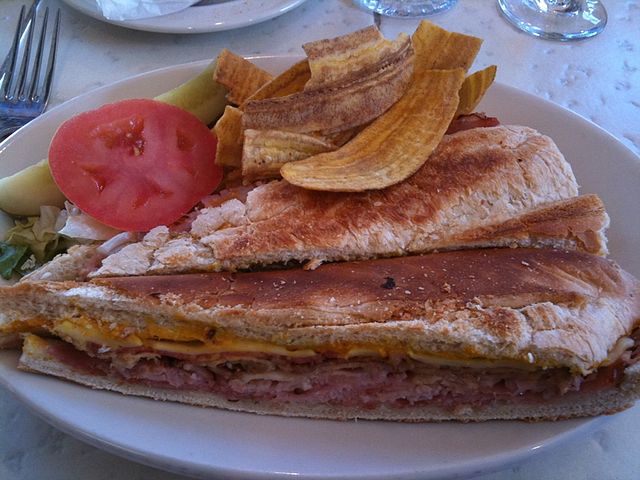 There are many different types of Cuban sandwiches but we will mention the most commonly found. 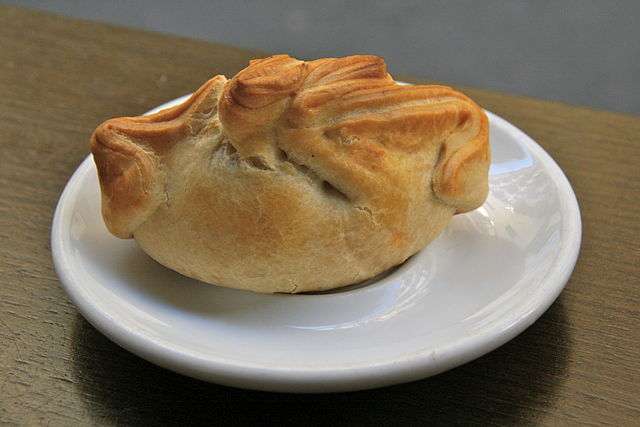 You can enjoy pastelitos (small pastries) or empanadas (turnover pies) for a snack, by themselves, with Café Cubano (read section below) or Café con Leche. 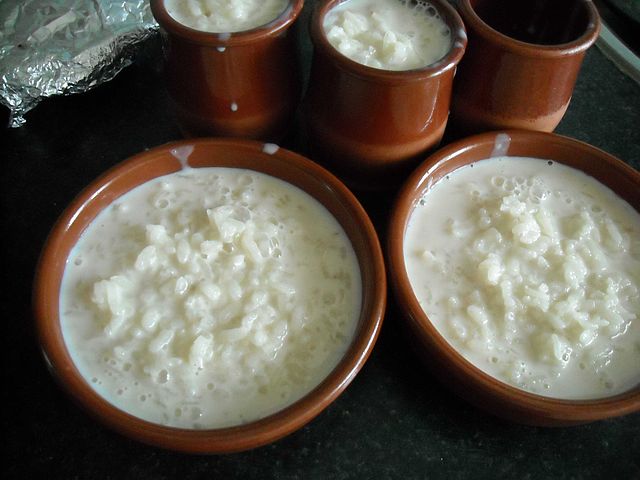 Cuban desserts are usually sweeter than most American desserts.

In Miami you will see places serving Café Cubano (Cubans ask for “un cafecito”) in just about every corner.  This is what Cuban-Americans drink to keep energized.  It is a jolt of especially roasted and brewed coffee beans with a shot (or two) of sugar added and stirred during the preparation, which forms a delicious foam on top.  It is strong enough to kick your brain awake.  Cuban-Americans usually have Café con Leche (the Cuban version of café-au-lait) during breakfast but a strong Café Cubano any time during the day, especially after lunch and dinner.

Cubans are gregarious by nature.  They will always find a reason for a celebration and turn everything to a party.  When you go to a Cuban restaurant in Miami you will see tables where families and friends are celebrating a cumpleaños (birthday) or Día del Santo (Feast Day), a Bautizo (Baptism), Primera Comunión (First Communion) or, simply, “something.”  Enjoy the lively chatter and, who knows, if you approach them and ask for suggestions they may even share a glass of wine or invite you for “un cafecito.”